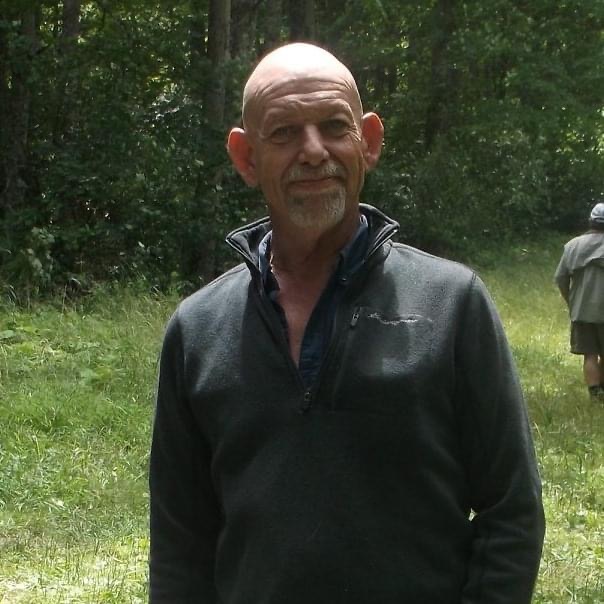 He was born on May 20, 1962 in Carthage, Missouri to his parents, James and Iris Denison.

Robin joined the US Navy upon graduating from Carthage High School in 1980, where he served our country for 6 years. During this time he formed close bonds with his shipmates, whom he always considered his brothers. He stayed in contact and would meet up with them regularly to engage in tomfoolery and raise a bit of hell all the way up to his passing.

Robin returned to Missouri in 1988 with his son, Justin, where he applied his skills he learned in the Navy to a lifetime of hard work as a specialized Maintenance Electrician at Eagle Picher, FAG Bearings, and most recently, Amcor, at all of which his charm, wit, selflessness, and ceaselessly comedic demeanor earned him endless friendships.

Robin is survived by two sons, Justin and Seth Denison, grandchildren Jack, Luca, Hunter and Meadow, and siblings Wade, David, Pam, Ron, Bruce, Craig, and Rick, as well as many nieces and nephews. In addition to being a devoted and loving father, his selfless devotion to others allowed him to be a friend and father figure to many others, including Lacy Heiskell and the family of Kristine, Sam, and Josh Allen.

Robin is preceded in death by his parents, James and Iris Denison, and his sister, Michele Brooks.

Robin deeply enjoyed traveling and resided in 6 states over the course of his life.  He had been to 40 out of 50 states, as well as more countries than most people could visit in 3 lifetimes.  He loved to spend every second he could with his family and friends.  His treasure trove of jokes, stories, and isms, most of which cannot be printed here, were enough to fill a book. His intoxicating laughter and sense of humor will always be remembered by anybody who met him even once.

Services are scheduled for Saturday, September 24th, at Ozark Memorial Park Cemetery at 2:00 PM, with his final resting place to be at Dudman Cemetery where much of his family has been laid to rest.  A reception and celebration of Robin’s life is to be held afterward at the VFW in Joplin, Missouri.